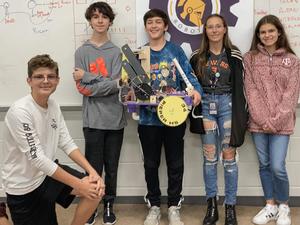 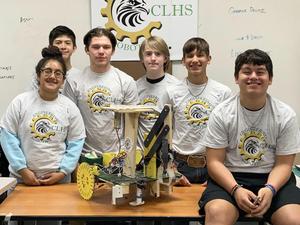 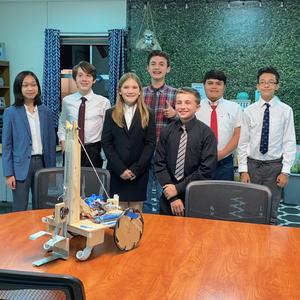 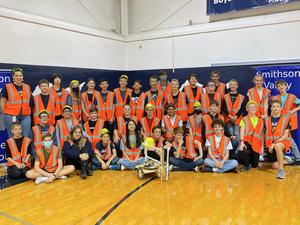 Comal ISD will be well represented at the State UIL Championship - BEST Robotics Division Dec. 2-4, with four high school and one middle school robotics teams competing against the best in the state.

In the BEST award category, SBMS came in second place to advance to the state competition. The results of this award are based on the combination of scores from the team’s notebook, marketing presentation, virtual exhibit and interview and robot performance.

The Society of American Military Engineers (SAME) presented the Smithson Valley Middle School team with the SAME award. This award is given to the team that demonstrates the most initiative, cohesiveness and overall excellence in all facets of competition. The SVMS team is coached by Allison Hallmark.

This year’s BEST theme is “Demo Daze,” challenging teams of five to 10 students to design a robot that will demolish and move a building from a site while installing safety and security measures, separating and recovering recyclables and reusable materials and removing trash from the site. The teams must also be sure not to disturb certain items at the site during the demolition including trees.